While most of us are taught from a young age that it’s not good to judge a book by its cover, we do it all the time with the fruits and vegetables we choose to buy — or not buy. In the United States, this obsession with blemish-free food causes us to throw away almost as much food as we eat, which deepens hunger and poverty while inflicting a heavy toll on the environment.

Large amounts of fresh produce grown in the U.S. are left in the field to rot, fed to livestock or hauled directly from the field to landfill because of unrealistic cosmetic standards. Between the farm and our tables, high-value and nutritious food is being sacrificed to retailers’ demand for unattainable perfection, according to farmers and others on the food distribution chain. One in five fruits and vegetables grown in the U.S. never make it off the farm due to tiny cosmetic defects that don’t affect quality, according to Imperfect Produce.

Besides being a social and environmental problem, this practice of throwing away perfectly edible but ugly food also contributes to our massive food waste challenge. Nearly 40 percent of the food we grow in the U.S. goes to waste, which costs businesses as much as $161 billion annually.

Luckily, several innovative companies are stepping up to find ways to make sure even ugly fruits and vegetables make their way into our stomachs rather than our landfills. Here are a couple we think are awesome:

END_OF_DOCUMENT_TOKEN_TO_BE_REPLACED

Coffee is kind of a big deal here in the United States — the average American adult drinks around three cups a day, which adds up to some $40 billion each year, according to the National Coffee Association. That’s no small beans.

Globally, coffee production generates more than 23 million tons of waste per year — from the pulp of fresh coffee cherries through the packaging that brings the roasted beans to your favorite barista. For most people, used coffee grounds are the most visible example of this waste — what we throw out after making each fresh brew. While most of us don’t give a second thought to our spent grounds, these black, sodden remains of pulverized coffee seeds have great potential for finding new life as renewable resources.

With Earth Day reminding us that it’s time to get smarter about food waste, here are three ways businesses already are turning coffee waste into valuable resources:

END_OF_DOCUMENT_TOKEN_TO_BE_REPLACED

In 1970, the first Earth Day helped launch the modern environmental movement. Started as a grassroots effort, Earth Day generated public support for the creation of the Environmental Protection Agency and contributed to the passage of some of the hallmark environmental laws — including the Clean Air Act, the Water Quality Improvement Act, the Endangered Species Act and several others. Since then, it has grown into an annual event to celebrate our planet’s environment and build awareness of its greatest challenges. The day, marked on April 22, is observed worldwide with rallies, conferences, outdoor activities and service projects.

Here at Nourished Planet, every day is Earth Day, as we constantly strive to drive change wherever food and beverage waste occurs. This Earth Day will be particularly important for our planet, given the current uncertainty of environmental action in the United States. That’s why we will see a slew of marches across the country and in our nation’s capital, including the March for Science, where scientists, businesses, and the general public will come together to reaffirm support for the vital role science plays in our health, safety, economies and governments.

Earth Day is a reminder that there is no Planet B, and we must nourish the planet we have so that we all can prosper in perpetuity. As such, it’s more important than ever for businesses to come together to lend their collective voices to drive home the point that economic prosperity and environmental sustainability can and must go hand-in-hand.

END_OF_DOCUMENT_TOKEN_TO_BE_REPLACED 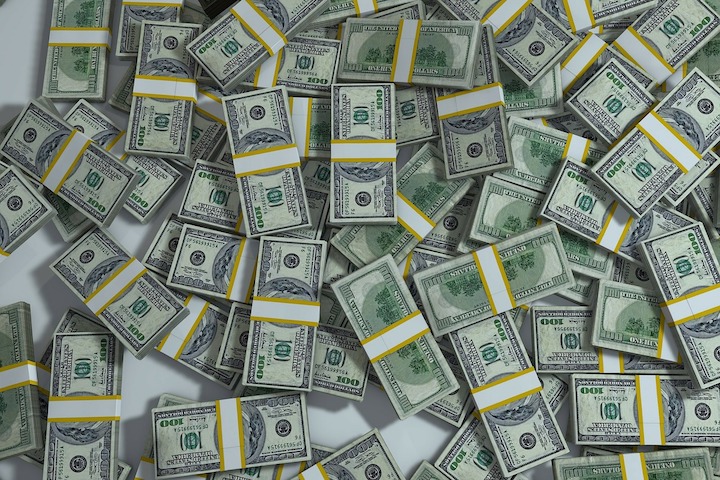