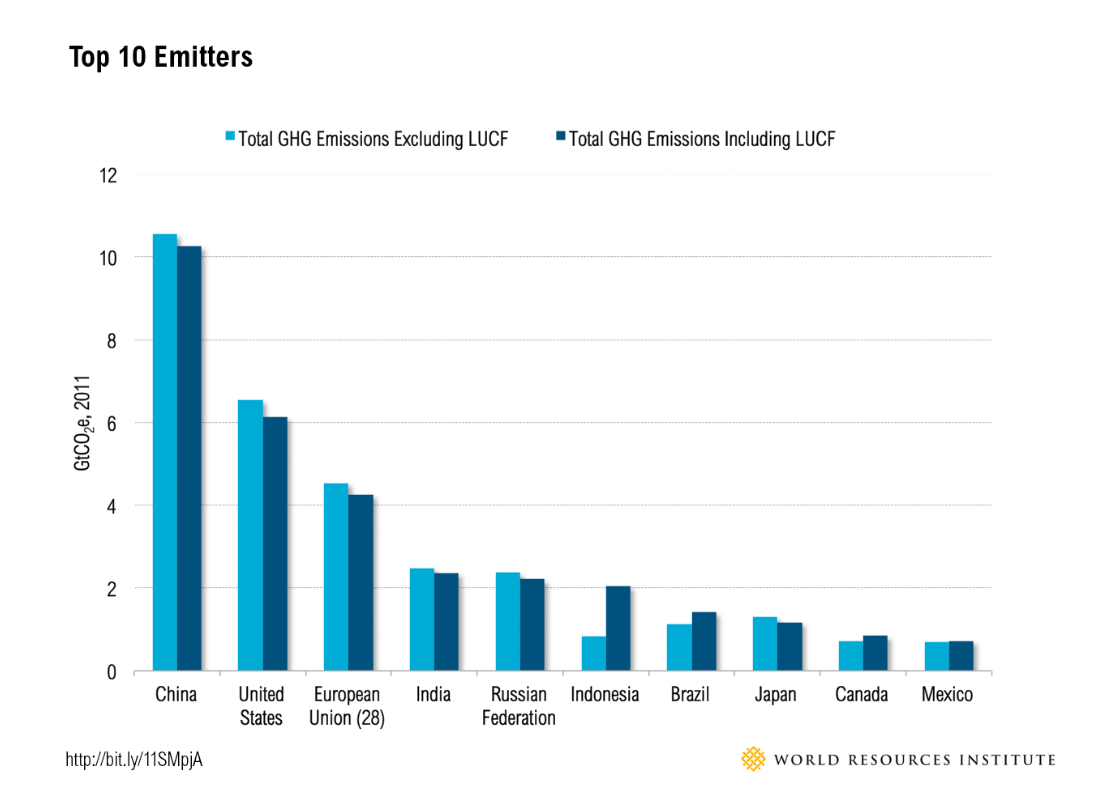 Each year, China and the United States both generate just over 10 and 6 billion tons of greenhouse gas emissions, respectively. Discounting the EU — which collectively creates just over 4 billion tons of carbon annually — this means that if food waste was a country, it would be the third-largest greenhouse gas emitter in the world. Much of these emissions come from methane — a greenhouse gas more potent than carbon dioxide — which thrives in landfills. It also comes from the energy that goes into the production, harvesting, transporting, and packaging of that wasted food.

In a world where an estimated 805 million people go to bed hungry each night, the social, economic and moral implications of food waste are staggering. But beyond that, there also are high environmental costs beyond climate change. According to a UN report, the world’s water wastage alone would be the equivalent of the entire annual flow of the Volga.

Food waste is bad for business

Food waste is just as bad for business as it is for the environment. In the United States alone, nearly 40 percent of the food we grow goes to waste, which costs businesses as much as $161 billion each year.

In 2013, food manufacturers generated 7.1 billion pounds of food waste. And while a vast majority of this was recycled — mostly into animal feed, and a negligible amount composted or made into fertilizer or biofuel — doing so continues to be expensive, uncertain, and difficult. Some of the major challenges for offsite recycling include limited availability of recycling facilities, transportation costs associated with long travel distances, strict internal requirements for food waste handling, liability concerns and regulatory requirements that limit the reuse of certain types of food waste.

Climate change also hurts business in several direct and indirect ways. Extreme weather events connected to climate change can disrupt business operations that cost businesses of all sizes. Small businesses, including restaurants, are particularly at risk from the effects of climate change and the extreme weather events they cause, according to research from Small Business Majority. Around 25 percent of small to mid-sized businesses do not reopen following a major disaster, and up to 30 percent of all small businesses affected by Hurricane Sandy failed as a direct result of the storm. As the planet warms, countries’ economies become less productive, too, according to an economic and science study published by Nature.

As the United States and other countries act to make good on their greenhouse gas reduction goals, they can’t hope to succeed without addressing the mounting problem of food waste. While there is no simple solution, taking a comprehensive approach by tackling waste throughout the supply chain could be the best bet.

In addition to policies aimed at making it easier for businesses to recycle food waste, new technologies such as those we here at Nourished Planet provide are making it more cost-effective than ever for companies to turn their wasted food into useful resources. Together, we can take on food waste, cut greenhouse gas emissions and forge a path to a more sustainable future.