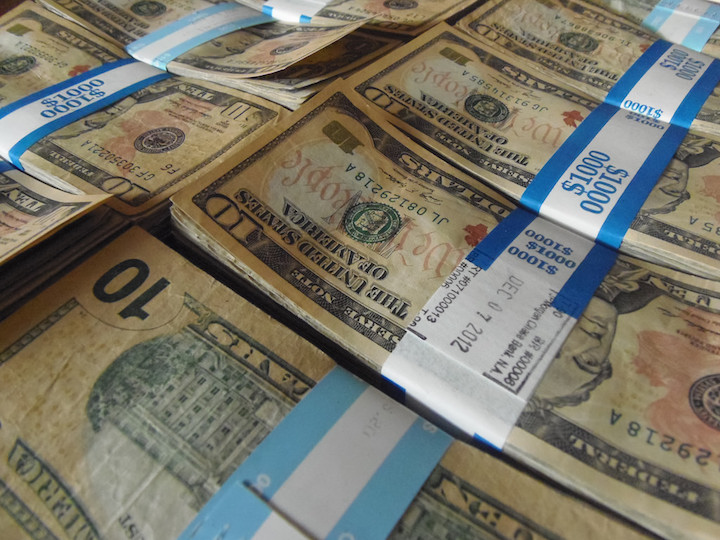 In our everyday lives, most of us don’t think much about waste — once out of sight, it’s out of mind. But whether it’s individual households, small businesses and major food manufacturers or even municipalities, there are many direct and indirect costs associated with what we throw out that hurt the planet just as much as our pocketbooks.

It might surprise you to learn that we waste so much food globally that it would take farmland the size of Mexico just to grow the amount of food that humans produce, but do not eat every year, according to the World Resources Institute. The Waste Resources and Action Program (WRAP) has calculated that uneaten food costs the world up to $400 billion annually, providing a huge financial incentive for business to act on cutting down on this waste.

American families throw out 25 percent of the food and beverages they purchase, according to the Natural Resources Defense Council. This translates to a staggering $1,350 to $2,275 in annual losses.

Americans are wasting so much food for several reasons:

In addition to these causes, consumers also waste food from impulse and bulk purchases outside of typical meal planning, poor meal planning and shopping lists and over-preparation.

In the United States alone, nearly 40 percent of the food we grow goes to waste, which costs businesses as much as $161 billion annually. Manufacturers are major generators of this food waste, creating more than 7 billion pounds each year. And while a vast majority of this is recycled — mostly into animal feed, and a negligible amount composted or made into fertilizer or biofuel — doing so continues to be expensive, uncertain, and difficult. Some of the major challenges for offsite recycling include limited availability of recycling facilities, transportation costs associated with long travel distances, strict internal requirements for food waste handling, liability concerns and regulatory requirements that limit the reuse of certain types of food waste.

Food processing facilities generate food losses primarily through trimming — when both edible portions such as skin, fat and peels and inedible portions like bones and pits are removed from food. Overproduction, product and packaging damage and technical malfunctions can also cause processing losses — however, these may be tough to avoid.

For restaurants with small margins, food waste increasingly is becoming a business liability. Restaurants, on average, produce 150,000 pounds of waste each year, according to the Green Restaurants Association. And the costs of getting all this waste “out of sight” is becoming more difficult to get “out of mind.” While the costs of hauling and tipping fees vary from region to region, they have steadily increased nationwide over the past five years.

Meanwhile, as new legislation is enacted requiring even higher standards diversion, waste disposal and tipping fees can be expected to jump even higher. In California, for example, Governor Jerry Brown recently signed SB 32, which calls for a 40 percent reduction in greenhouse gas emissions below 1990 levels by 2030, with a major emphasis on reducing methane — one of the chief byproducts of food waste rotting in landfills.

Studies also show that food waste increases with urbanization, which can amplify food waste issues because those living in cities earn more money than rural workers, buy more food from supermarkets that have high food appearance standards and live further from where their food grows. By 2050, 2.5 billion more people are expected to live in urban areas and about two-thirds of the world’s population will live in cities, according to the UN. This means that food waste may become increasingly more challenging to address in the future — and getting ahead of the problem now can help save time and money down the road.

Globally, the annual cost of solid waste management is projected to rise from the current $205 billion to $375 billion, with the cost increasing most severely for those cities in low income countries, according to a 2012 World Bank report. Cities in developing countries, which already are coping with growing populations, scarce financial resources and limited capacity to manage environmental issues, are facing a sharp rise in the amount and costs of garbage that they will be required to deal with by 2025. The World Bank estimates the amount of municipal solid waste will rise from the current 1.3 billion to 2.2 billion tons per year by 2025.

Onsite recycling can help cut down on waste

While there is no silver bullet to neutralize a problem as large and pervasive as global food waste, onsite recycling is one promising method for reducing the amount that must be carried away to landfills. Here at Nourished Planet, we are developing and commercializing technologies, such as the Biogos Food Waste Digester, which can make it more cost-effective than ever for companies to turn their wasted food into useful resources.

With food manufacturers dealing with high volumes of food waste, which they need to dispose of responsibly and efficiently, tools such as the Biogos Food Waste Digester employ aerobic digestion to convert organic waste into a shelf stable bio-sterile mass within 24 hours. The finished product is reduced in weight by 70-90%, significantly lowering total volume of waste sent to landfills. The process also allows for a system that is both compact and convenient for companies to employ in a diverse array of operations.