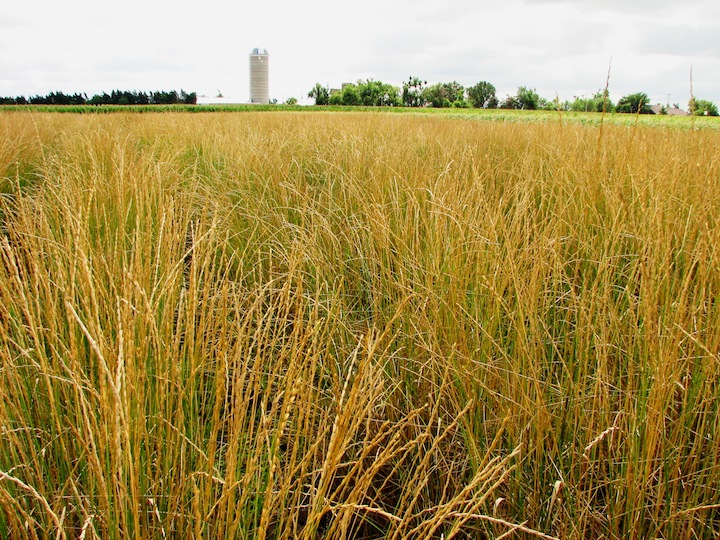 Annual farming leaves fields fallow in between growing seasons and offers less root mass throughout the growth cycle, which makes fields vulnerable to wind and water erosion. This erosion destroys topsoil which then pressures microbial and plant populations. Because perennial plants develop much greater root mass and protect the soil year-round, they can help reduce erosion rates by up to 50 percent. Given the increased demands on agricultural lands, this is a huge boon to environmental protection.

Across the United States, countless waterways have become heavily polluted by fertilizers and pesticides, which create vast “dead zones” where marine life can’t survive. Farming chemicals such as fertilizers and pesticides typically aren’t completely absorbed by crops and the excess migrates into waters. This contributes to a harrowing stat: agriculture is responsible for some 70 percent of water pollution in the U.S. Perennials can help improve water quality by reducing agricultural chemical runoff because their extensive root systems are more efficient at absorbing chemicals.

In a time when drought concerns are rising, perennial plants also provide an added benefit of conserving more water than annual plants. Annual crops lose up to five times more water than perennials, according to researchers, meaning annual fields require more irrigation which threatens fresh water sources and consequently biodiversity in certain ecosystems. The more food we can grow with the least amount of water means less strain on scarce water resources that benefits all.

4. Cutting down fossil fuel use

The cultivation of perennial crops requires less fossil fuel than annual agriculture due to a reduced need for farm machinery for tilling and replanting. Annual systems require fields to be tilled and replanted more often than perennial systems, which incurs a higher fuel usage due to farm machinery. Perennial corn farming, according to Cornell researchers, could reduce fuel usage by $300 million of diesel fuel in the U.S. as opposed to annual corn. With the world looking for ways to reduce greenhouse gas emissions, any way we can lower reliance on fossil fuels will help us address the threat of climate change.

Learn more about perennial farming at The Land Institute!