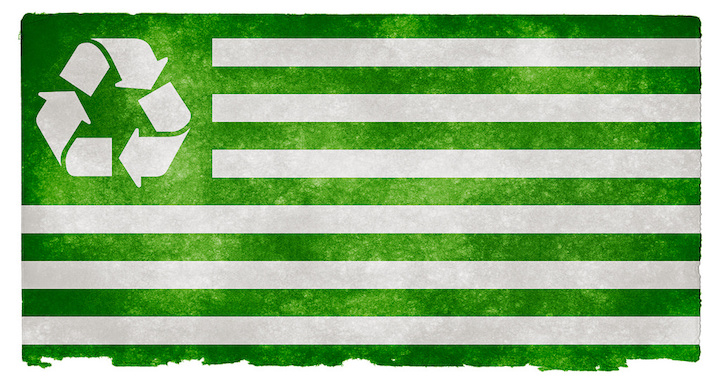 While there has been plenty of talk about “making America great again,” this misses the point. The world always is moving forward, and there’s no going backward. If we want to ensure America’s greatness, then we need to “make it green again.”

Economic challenges in a warming world

A warming world also will have a domino effect on agricultural and production operations. Reductions in the supply of agricultural products and scarcity of water, for example, may lead to a reduced food supply and threats to food security, a rapid global increase in commodity prices, social and political unrest, inflation, and finally economic slowdown. Given such a scenario, business will not be as usual.

Don’t take our word for it. Look to the hundreds of other businesses, including Starbucks, General Mills and Hewlett Packard, who have urged President-elect Trump to follow through on U.S. climate change commitments. This is not some small group of idealists, but top companies keeping a pragmatic eye to future risks. They want a green economy because it’s good for business.

While the growth of the green economy has been uneven so far — thanks to the patchwork of state-level policies across the country — California has stood as a shining beacon of what is possible. California’s strong climate policies, combined with the sheer size of its economy, have helped it create the most clean energy jobs of any state in the country, according to a 2016 study by the UC Berkeley Labor Center.

The Renewables Portfolio Standard (RPS) — California’s primary climate policy — has created 25,500 blue-collar job years — or around 53 million hours of blue-collar construction work. Many of these jobs have been created in regions of the state where they are most needed, with high unemployment and low income.

Between 2002 and 2015, 11,234 megawatts of new RPS-compliant generation capacity have been built in the state. Almost all of the large-scale renewable projects are built under project labor agreements, which provide union pay rates, health insurance and pension programs for all workers, whether or not their employers are union.

Talk about making America great again by making it green.