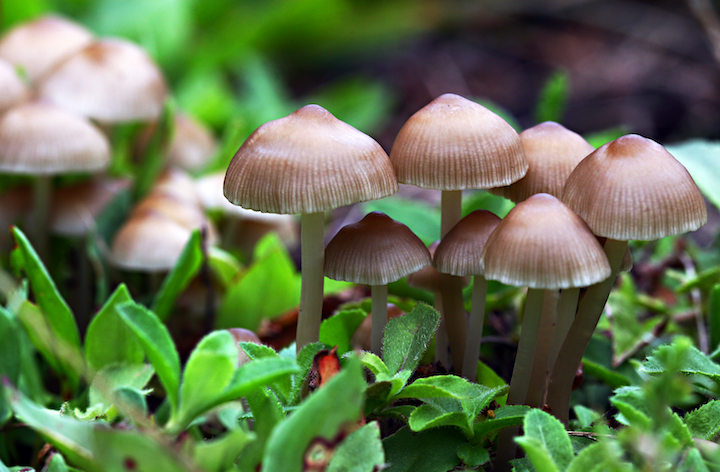 Mushrooms might not seem so special — something that you put in your soup or grow on your lawn. But the applications for using mushrooms to solve sustainability challenges seem almost magical. While scientists have identified around 75,000 species of fungi, there could be as many as a million fungal species yet to be identified. Given their many uses, innovators around the world are finding exciting new ways to create value from mushrooms, from replacing plastics to creating biofuel.

Here are four of the most interesting:

New York-based company Ecovative has found a way to turn mushrooms into materials that perform like plastics but are made by mushrooms — specifically by their webs of thread-like roots, known as mycelium, which consume crop waste. These materials can be grown and recycled, rather than drilled, pumped, refined and discarded.

Plastic waste is a major problem, and it’s only getting worse. Americans are creating more plastic trash than ever, and very little of it gets recycled. Plastics and their byproducts are trashing our cities, oceans and waterways, and contributing to health problems in humans and animals. By 2050, there may be more plastic than fish in the world’s oceans. That’s why any alternative to petroleum-based plastic is a welcome innovation.

While biofuels have been touted as a sustainable solution to the word’s mounting energy crisis, the most common biofuels are created from food crops such as corn, grass and algae. Because these require a lot of land, water and maintenance to thrive, these bring with them a slew of sustainability challenges. However, fungi don’t need sunlight to grow and can flourish off food scraps and other natural waste. Certain kinds of fungi also can be used to help speed up the biofuel refining process, which increases efficiencies and drives down production costs. Mushrooms could even serve as a source of biofuel for aircraft, according to research at Washington State University.

Mycoremediation is a technique for using fungi to remove or neutralize environmental pollutants like oil. Fungi are capable of surviving in toxic environments and when placed in oil spill zones, actually can consume the oil. Fungi also can regenerate an ecosystem by jump starting the recovery of a formerly toxic zone — as their spores attract insects that lay eggs, which attract birds and help create a more nourished environment. This means that mushrooms could be used to both clean up the environment and encourage ecosystem renewal.

Mushrooms are Earth’s natural recycling system, and without fungi the planet would be covered with plant and animal remains. However, along with bacteria, mushrooms are capable of returning dead material to the soil in a form in which it can be reused. That’s why using mushrooms in composting efforts is growing in popularity as their virtues increasingly are recognized. A social enterprise called Grocycle, for example, is harnessing the recycling power of mushrooms to ecologically dispose of coffee grounds. They sell an easy-to-use kit that requires old coffee grounds and a little water to grow organic gourmet mushrooms at home. Coffee waste also has applications for being used for energy and consumer products.