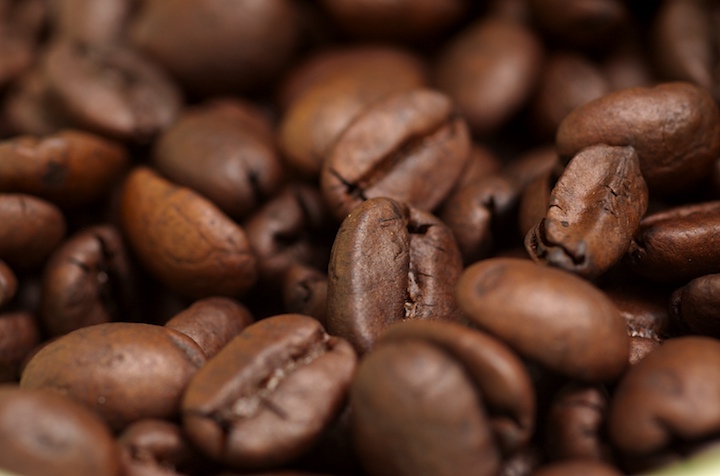 Coffee is kind of a big deal here in the United States — the average American adult drinks around three cups a day, which adds up to some $40 billion each year, according to the National Coffee Association. That’s no small beans.

Globally, coffee production generates more than 23 million tons of waste per year — from the pulp of fresh coffee cherries through the packaging that brings the roasted beans to your favorite barista. For most people, used coffee grounds are the most visible example of this waste — what we throw out after making each fresh brew. While most of us don’t give a second thought to our spent grounds, these black, sodden remains of pulverized coffee seeds have great potential for finding new life as renewable resources.

With Earth Day reminding us that it’s time to get smarter about food waste, here are three ways businesses already are turning coffee waste into valuable resources:

Coffee grounds have a high calorific value, which gives them a fuel value slightly better than wood. With this in mind, UK-based startup bio-bean has developed a technology for turning waste ground into biofuel. Its raw material comes from hundreds of caffeine-consuming locations around the UK, including office blocks, cafés, instant-coffee factories — which provide the coffee grounds for free in exchange for being relieved of waste-management costs.

Once the grounds enter bio-bean’s factory, they go through a process of sifting and drying to remove excess moisture before getting hammered by a mechanical press and mixed with an organic solvent to do away with plant oils. Most of the biomass is then compressed into pellets that are used to heat buildings. Bio-bean also is exploring liquid biodiesel for vehicles, and other biochemicals. Every ton of waste coffee grounds recycled using bio-bean’s technology saves 6.8 tons of carbon emissions, the company claims.

2. Transforming coffee into heat for factories

Coffee grounds’ high fuel value also means it can be used to generate heat for factories. Food giant Nestlé has been incinerating coffee for energy for decades, and now also is using it as a heat source to cook food products at 22 of its 28 coffee factories. In fact, coffee grounds fulfill 100 percent of the “actual energy needs” at two of the company’s coffee factories in Vietnam and China.

Nestlé’s reuse of coffee is helping it reach its goal of zero waste at its 150 European factories by 2020. Incineration has kept around 800,000 tons of coffee grounds out of landfills each year, and also has helped Nestlé halve its carbon emissions per ton of product – and reduce its absolute energy usage by around 5 percent as production has grown more than 60 percent.

Starbucks purchases nearly 400 million pounds of coffee each year, and is exploring converting the grounds, as well as barkey food waste, into laundry detergents, bioplastics and other products. In 2012, Starbucks began donating old coffee grounds and baked goods to a research project in Hong Kong that aims to turn them into bio-plastics and laundry detergent.

Scientists at City University of Hong Kong have been exploring turning the raw food products into bio-based fuels and household products. The food biorefinery process involves blending the stale baked goods with a mixture of fungi that help break down the carbohydrates into simple sugars. The blend is then fermented in a vat where bacteria transform the sugars into succinic acid, a key material that’s used to produce everything from laundry detergent, plastic, to medicine.